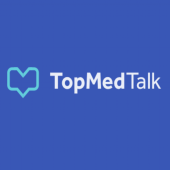 10 Xtreme Everest | Physiology on Top of the World.

02 Xtreme Everest | What Happens to Healthy Humans in Hypoxia?